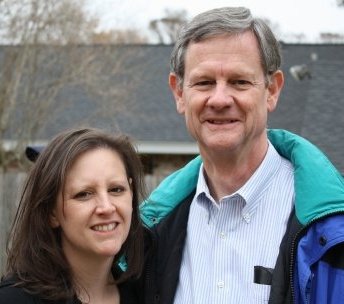 My parents planned a big vacation every summer which usually involved driving long distances. We were on our way to Colorado one year when we stopped at a mom and pop diner in some dusty town out in West Texas or maybe New Mexico. My father hated—really loathed—fast food. As a result, we found ourselves in lots of these local joints, which every once in awhile featured miniature juke boxes at each table. Cool! My older brother and I were always interested in these little gadgets but even more interested in finding a quarter that might be left behind in the return slot.

We must have been five and eight years old or maybe a bit older when this incident occurred. Sitting as a family at the table, relieved to be out of the car after miles and miles and miles, my parents no doubt would have done anything to prevent an argument between Travis and me. Directly we discovered a quarter on the table right under the little juke box.  You know what happened, right? The all too familiar it’s mine, no it’s mine fight commenced. My weary parents endured a few minutes of this before my father intervened in his usual heavy handed fashion.

“ KATH-erine!!” He often overemphasized the first syllable when he used my full name. “Leave it there. It’s not for you. That’s a tip that was left on the table.”

More arguing, whining, and negotiating ensued, but Dad could put the fear of God in us. We sat and sulked and the quarter remained, shining tantalizingly, on the table. I just almost couldn’t stand it.

In my defense, I didn’t know what it meant when he called this quarter a tip. Had he simply said, “It belongs to the waitress,” I might (heavy emphasis on might) have done things differently. From the moment we spotted the coin, I believed that it had come from juke box’s return slot (this is still my firm conviction, by the way). Calling it a tip made no dent on me whatever, and to this day I do not understand, if he was so concerned that the waitress have what was rightfully hers, why did he not give her the darn thing?  That mystery remains.

The waitress came and went several times, but the quarter kept its lonely position on the table near the salt, pepper, ketchup, and sugar packets. What’s a greedy girl to do? It worked its manipulative magic on me until I could take it no more. To put this in perspective, in 1975 that one quarter could buy a young traveler such as myself a whole pack of Juicy Fruit. I mean, this was a gold mine. Why oh why is it forbidden?

By the time we had finished—and my father had left that poor waitress a more substantial tip—the quarter had a cozy new home inside my pocket. Not exactly a master criminal, I didn’t have the sense to keep the news of this good fortune to myself, especially when I’d gotten the best of my older brother and half the fun of that is harassing said sibling.

We piled back in the Impala and prepared to bake on the dark vinyl interior. No more than a mile down the road, I pulled out my new prized possession and dangled it mockingly under Travis’ nose.

The car lurched violently at the sudden application of the car’s brakes.

Oh dear. It appears I have overplayed my hand. This was most unwise.

Locking his gaze on me in the rearview mirror, Dad’s reaction played out terrifyingly in the reflection for me to see. His eyebrows shot up over the rim of his glasses and rage took the rest of his features captive. It may be that smoke actually shot out his ears, or that could have been my vision fading to black as horror took me right to the brink of passing out and then snatched me cruelly back.

A loud, angry lecture followed which included repetition of my first, middle, and last names (KATH-erine, not Katie, mind you), and the declaration that I would be taking that quarter back into the restaurant and apologizing to that poor waitress for stealing her money. That I had actually robbed someone of their property was news to me. But other than that, his thorough indignation and resulting rant was no skin off me; I was more concerned with derriere preservation at this point. How could I feasibly get from the car to the restaurant lobby and back without the full weight of his wrath landing squarely on my behind?

I should not have wasted any time on that lost cause. He was sneaky about it, though. Shoulders slumped in humiliation, heart pounding in fear, I walked into the restaurant lobby where I delivered a most sincere apology to several amused waitresses gathered around the hostess stand.  Summoning the courage to make my little speech and then practically dying in embarrassment at the wait staff’s smirks afforded me just enough time to forget what was inevitable.

And, as if out of nowhere, shuuuu-WAPPPP!

Dad gummit. This ain’t my first rodeo.  What was I thinking? In the event of an imminent pop on the rump, always allow the parental figure to walk in front of you.

One of  Suze Orman’s methods of turning you around financially is to get you in touch with your earliest memories of money. I thought this was an interesting exercise. I don’t have to dig deep for that memory. My father used to drop me off at my Sunday school class when I was two years old. He would always take out a penny, put it in a tithe envelope and help me write 1c for the amount.  It was my happy privilege to turn the money in to my teacher. Also a great exercise.

I can point to other memories of my dad with money, too. Another time when we were traveling, I skipped up to the window at a gas station with my dad during a stop. Though I wasn’t paying much attention, and was kind of young to understand the exchange, I clearly remember my dad handing the attendant a bill and taking his change. We started walking back to the car when my dad made an abrupt about face and returned to the window. I followed, but I didn’t see or hear my father talking to the attendant. I just remember the attendant acting very surprised, a little flustered and quite grateful, while taking some bills back from Dad.

When I got older, I realized that he had given too much change, and from the attendant’s reaction, I gather it was way too much change, possibly a costly error. He must have acted so surprised because most people wouldn’t have corrected an error like that. When the attendant shortchanges the customer, yes, expect a little hissy fit. But not when the mistake fattens the pockets of the customer.

So, Suze Orman, here is what my father taught me all those years ago about money. No amount is so small that it doesn’t have to go where it belongs.

He was teaching me even when he wasn’t teaching me. My dad was a great man.

I was determined not to let him die without saying everything that needed to be said.  I thought I’d done this when I told him repeatedly how much I loved him. If I had a few minutes with him today, I know exactly what I would say:

Daddy, when I was single and dating, the number one quality that I wanted in a man was integrity.

And when I found and married that man of integrity, I was so proud to be your daughter that it actually grieved me to lose my maiden name.